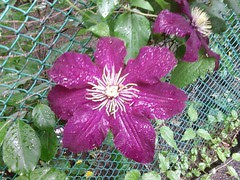 Flower kissed by rain 1
Originally uploaded by Kate Anne
Going to work post rain storm on Tuesday, I had to take a moment to snap this shot. The clematis on this Bliss Street fence was planted by neighbors who have moved on but the fruit of or rather flowering of their work continues to bless us living in Sunnyside. Yes, there are a few of these wire fences in historic Sunnyside Gardens -- and some are covered with gorgeous rain-kissed clematis.
Posted by Kate Anne at 8:40 AM No comments:

Thanks to Dorothy Morehead sending me this link to an MSNBC article on buying American products -- one of my favorite topics (and that of my cousin Jean and sister-in-law Becky), I have found a whole slew of new sites, including Stephanie's On My Mind blog associated with StillMadeInUSA.com. Good stuff to read and share with others. Check 'em out, and buy American when we can, please! It is for peace, it is for justice, it is for American security, it is for American jobs! Thanks!!
Posted by Kate Anne at 4:21 PM No comments:

This is fascinating -- both the video AND the online site it leads you to. Play it right and enjoy life as well as giving to others: live-assisting and -giving rather than life-destroying, which is what the illegal invasion and occupation is doing to Iraqis and our economy. Watch it -- then play the game. (It is fun to see what others buy.) 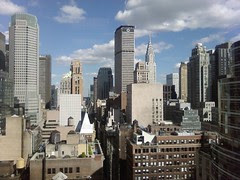 Gorgeous Day in NYC
Originally uploaded by Kate Anne
Sun! Perhaps we will have a sunny holiday weekend?
Posted by Kate Anne at 4:50 PM No comments: 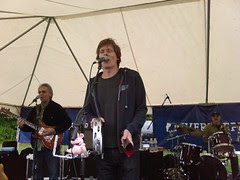 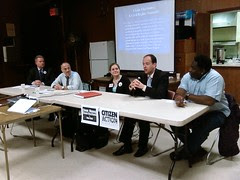 Action
Originally uploaded by Kate Anne
WQIDC and Citizen Action of NY held a panel discussion at All Saints Church in Sunnyside on the topic of Clean Elections and Social Justice.
Posted by Kate Anne at 8:34 PM No comments:

Jon Elliott said on his Wednesday This is America radio show that there is a plan to extract uranium from the Grand Canyon -- by a British Bush-crony company! He added that one official has asked, "I wonder how Britains would react if an American company went to drill at Stone Henge?" This was reported not in the American corporate media, Jon concluded, but in the Times of London. Let's all say "Argh" together! [Thanks, Jon!]
Posted by Kate Anne at 2:48 PM No comments: